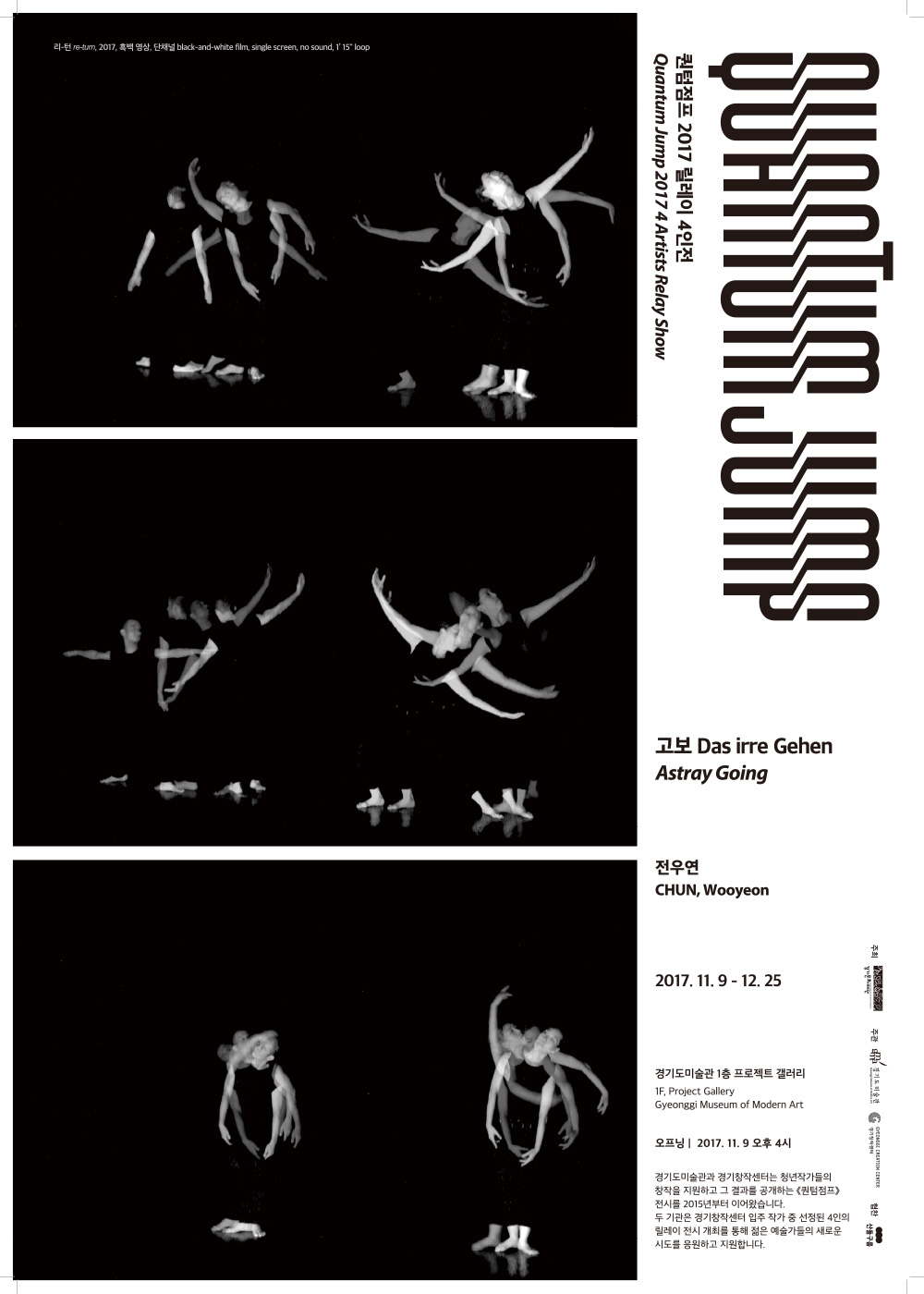 The Gyeonggi Museum of Modern Art holds Astray Going (Gobo) by Chun Wooyeon from November 9 through December 25 as the third exhibition of the Quantum Jump 2017, 4 Artists Relay Shows. In this exhibition, Chun Wooyeon sheds light on the rhythm and tempo of herself and others. The Korean title Gobo means ‘the astray going’ and also refers to gobo (graphical optical blackout), a tool that is fit into the lighting fixtures for various stage effects. Will-o’-the-wisp is composed of the repetitive rotating movements of the performer, associating with the source of light that is shone through a gobo. Re-turn consists of the trials of escaping from one’s location in diverse directions with the click of the metronome in the background, only to return to the same spot. Resistance displays the word ‘resistance’, hard to read because it is written out of shape and distorted due to the vibration from regular beats. Her works all show the lonely and steady journey of life, filled with the struggles that one takes to find their true self, according to one’s own rhythm and tempo.
Comments [0]
Leave a comment
You must be logged in to post a comment.