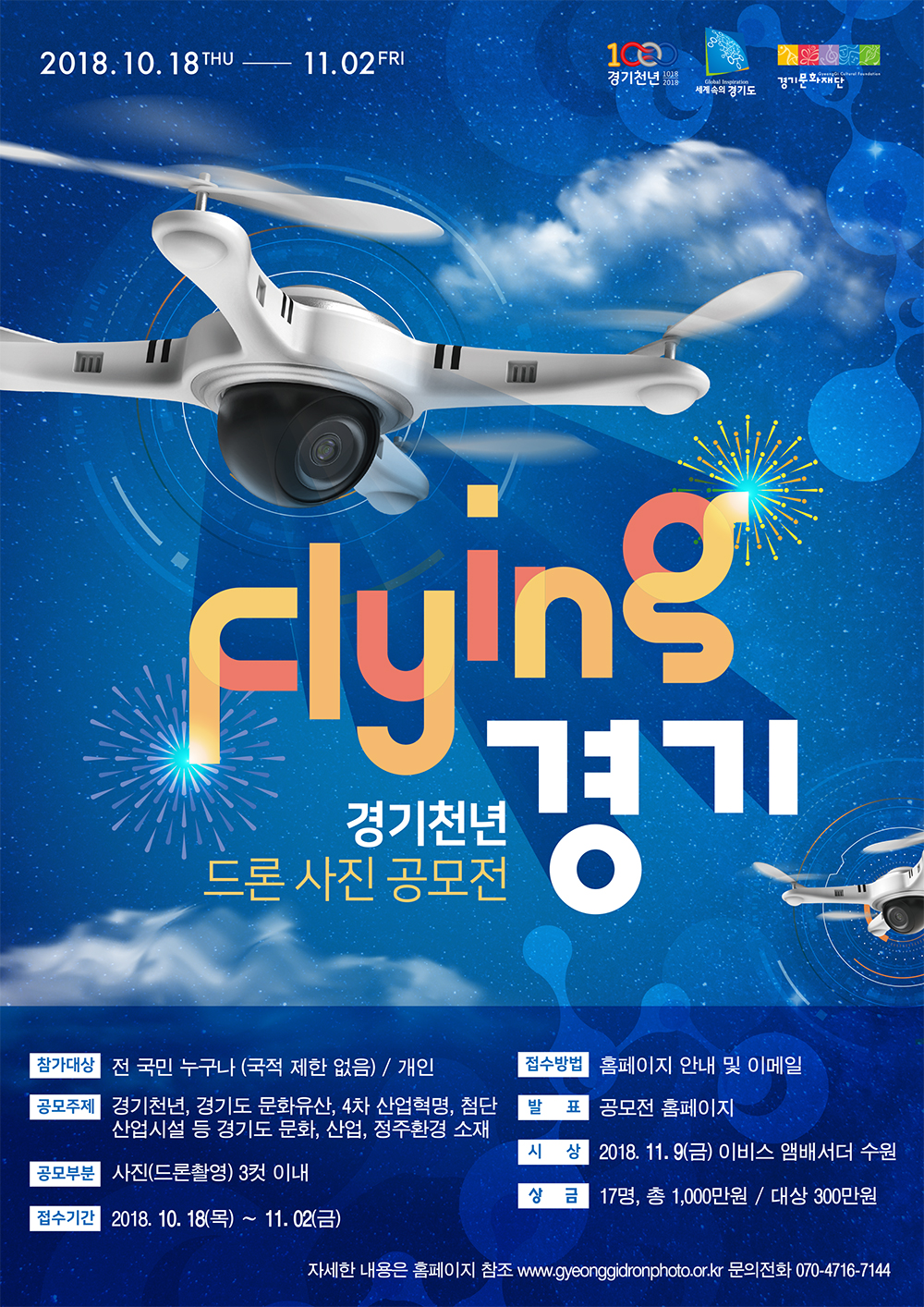 Gyeonggi Millennium Drone Photo Contest
As the central and regional administrative systems were reorganized and reinforced in the 9th year of the reign of Hyeonjong of Goryeo (1018), the capital of Goryeo (Gaegyeong) and the surrounding 12 cities were combined to become what was called “Gyeonggi.”

1018 was the beginning of Gyeonggi Culture as well as the Gyeonggi system.
1,000 years since then, today, in 2018, we are at the starting point of the upcoming millennium.

The history and values of Gyeonggi millennium are highlighted with drones.
A meaningful opportunity to reflect on the appearances of Gyeonggi-do, which has been a place of energy and life for a thousand years; sharing precious photos of the region with 13 million Gyeonggi residents!
Leading to the fourth industrial revolution, drone technology allows us to freely express the past and present, as well as our dreams for the future of Gyeonggi-do.
Period
Oct. 18, 2018 (Thu) – Nov. 2, 2018 (Fri), 16 days
Participants
Any individuals (no restrictions based on nationality)
Contest topic
Gyeonggi Millennium, Cultural Assets of Gyeonggi-do, The Fourth Industrial Revolution, Gyeonggi-do Culture, Industry and Settlement Environment, including Advanced Industrial Facilities
Contest category
Photos (taken by drones)
[Event 1] Nov. 8 (Thu) 14:00-16:00, Special lecture on “Reading the World through Drones”
[Event 2] Nov. 9 (Fri) 14:30-17:00, Forum on “Gyeonggi Millennium, Communicating with the Fourth Industry”
※ Information above may be subject to change. For details, please refer to the official website (www.gyeonggidronphoto.or.kr).
Comments [0]
Leave a comment
You must be logged in to post a comment.